A 17 year old girl from Wisconsin, Braeley Pettigrew, got an unexpected surprise when she went to use the toilet on Tuesday morning in her home and gave birth to a baby boy. 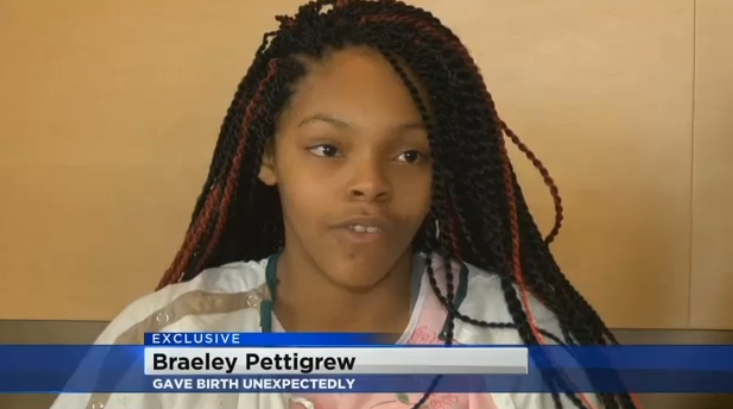 Pettigrew took the infant to her mom and told her that someone had left the baby on the porch, but when her mom noticed blood on the teen’s clothes, she called the police.

The teen and baby were rushed to the hospital where the child was taken straight to the NIC-U. Both mom and baby are doing well.

Pettigrew said:
“I never thought I would be having a baby at 17, but my first instinct was to get him out of the toilet and wrap him up to keep him warm,” .She made up the story about the infant been abandoned because she was afraid her mom would be upset and she didn't want to disappoint her mum. She decided to keep the baby and named him Kayden.