In as much as mobility, infrastructure and transportation are concerned in Nigeria, trust us to be your eyes and ears. The Lagos Ibadan Railway project is a massive project that lots can't wait to see the actualization, to some, it's a project that's taking too long to complete.

Some days back, we featured the Ibadan Axis of the Lagos-Ibadan Railway where we did a photo documentary of the railway from start to finish.

Tolu Ogunlesi, the special assistant to the President on New Media was on tour with Nigeria's minister of transportation, Mr Rotimi Ameachi where he inspected the ongoing construction at the Ebute-Metta axis. According to Tolu, the Ebute-Metta terminal will be the biggest of all the stations that are being constructed. For the records, there will be 10 Stations on the Lagos Ibadan Rail Line, across 3 States: Lagos, Ogun and Oyo. Below are the list of the stations across the 3 states...

From Ebute-Metta, the team went to Agege where another station will be sited and currently undergoing construction. According to Rolu, earthworks ahead of track laying (The existing Tracks you can see belong to the old narrow-gauge line, which is also being rehabilitated in sections alongside the construction of the standard gauge line). One of the major challenges of the workers has to do with population and a preponderance of gas and water pipes, buildings, markets, etc. as culverts, underpasses, overpasses, etc all need to be constructed in built-up areas. A major undertaking and challenge for the CCECC team.

The minister of transportation, Mr Rotimi Amaechi was in China two weeks ago where we went to inspect and test the trains that the federal government bought for the Lagos-Ibadan Railway and the Abuja-Kaduna rails, also he was in Russia some few days back where he went to sign an MoU with his Russian counterpart for the Railway project in Nigeria. The minister of transportation is not resting on his oars in making sure that the CCECC deliver and they deliver using the world-class materials and expertise. 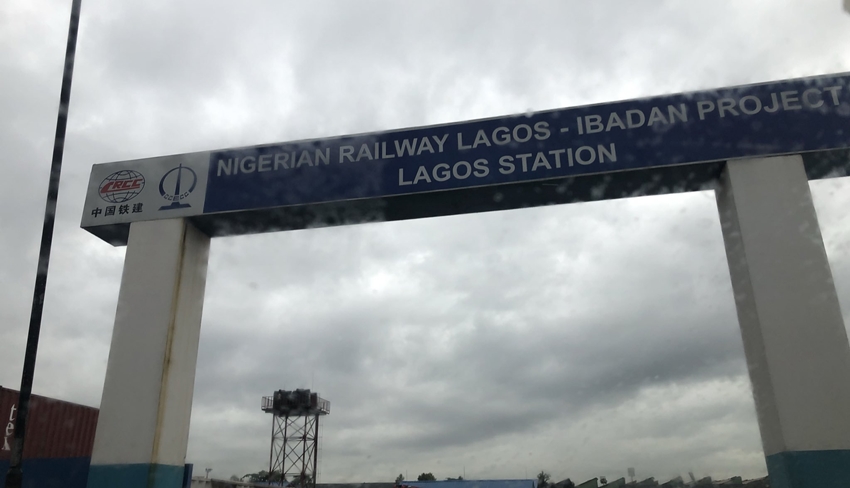 There is a section on the train where you can hold conference meeting and business talk while on board. There’s a nice-looking boardroom here on this Test Train. I wonder if this design will be available on the operational Trains - hold your board meeting en route to Ibadan, tour the City, and catch a return train to Lagos. All in a day’s work. 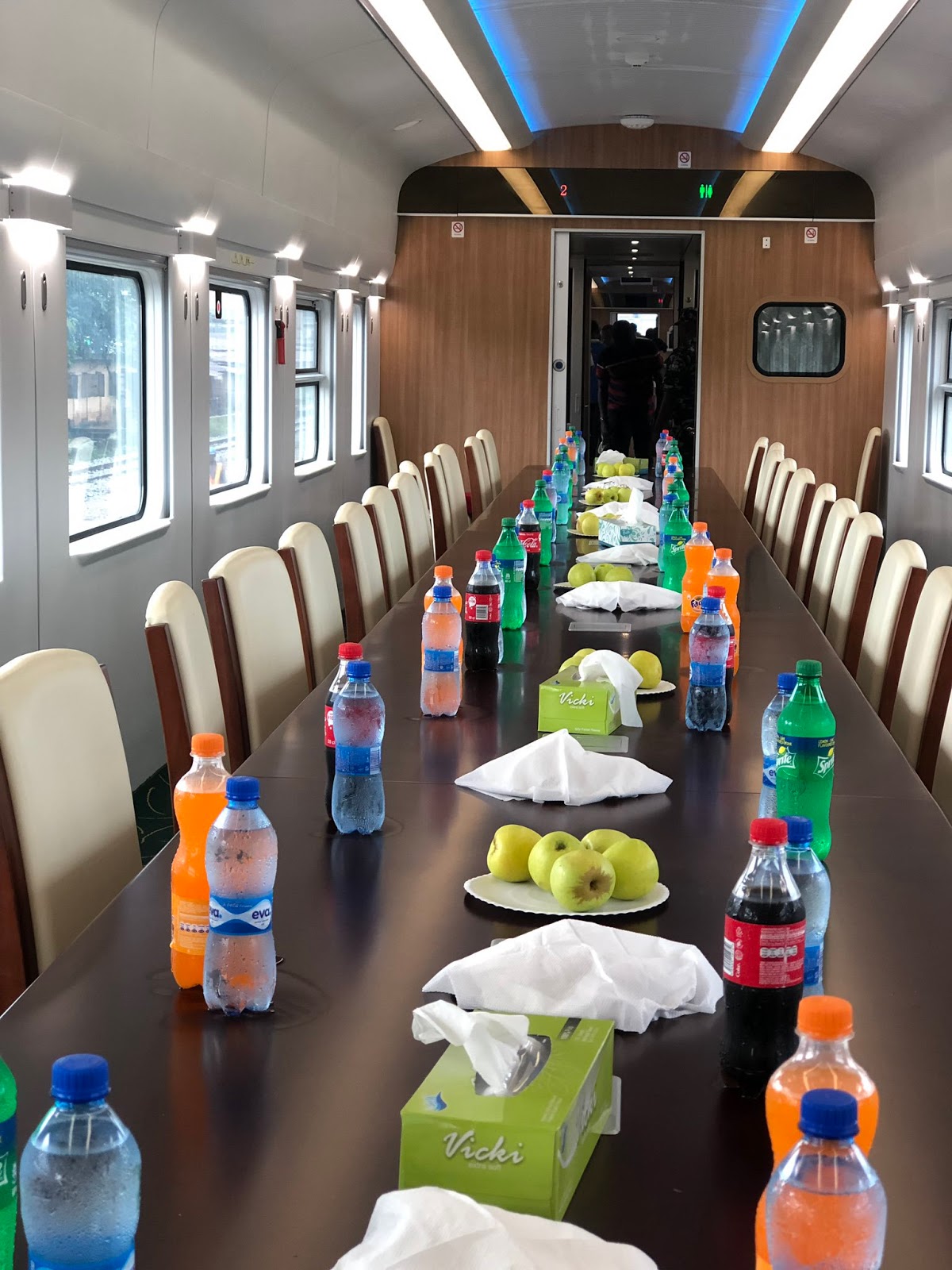 After the inspection from Agege and Iju, the team rode on to Kajola. According to Tolu, We are now at Kajola, in Ogun State. [There’ll be a Station here] On Nov 8, 2019, there will be a groundbreaking ceremony on this site for a Wagon Assembly Plant - in the first instance. Eventually, locomotives & coaches will be locally-manufactured here. The team went on to inspect the station at Kajola and see the level of work done as well... 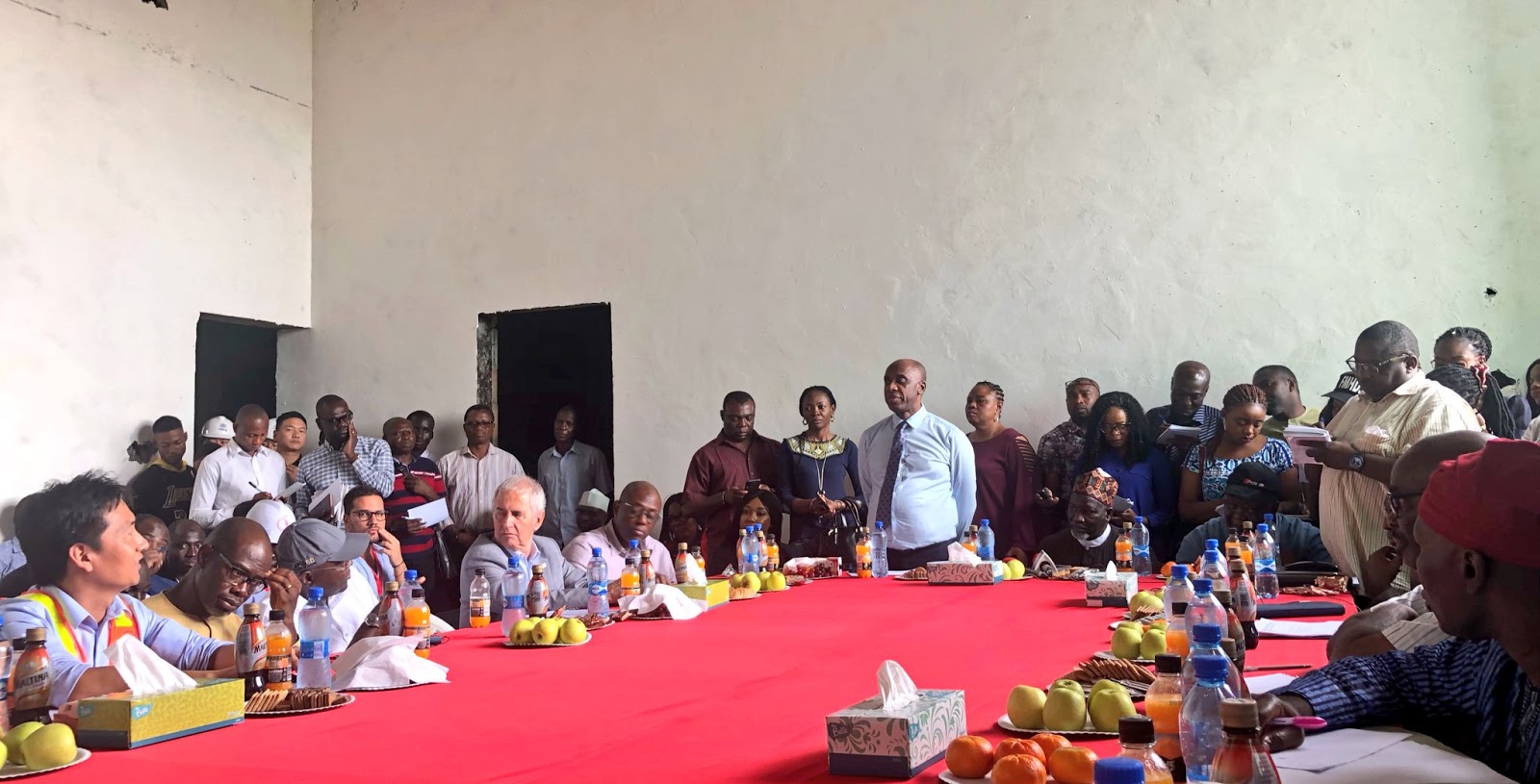 After accessing all the stations, the minister of transportation while addressing the contractors said, I want (Free) Trial Runs for Lagos Ibadan Rail to start on the 30th of November, from Ebute Metta all the way to Ibadan. Also, all minor stations must also be completed by the end of November.

So far, the Lagos Ibadan Rail tracks have been la!d between Kilometer 23 and Kilometer 157. The ongoing phase of the track laying is now between KM 4 (Ebute Metta) and KM 23. The most challenging bit, considering it’s within the Lagos metropolis. The weather has been a big challenge to the pace of work. Plenty rain, slowing down work. Also Lagos Traffic conditions. 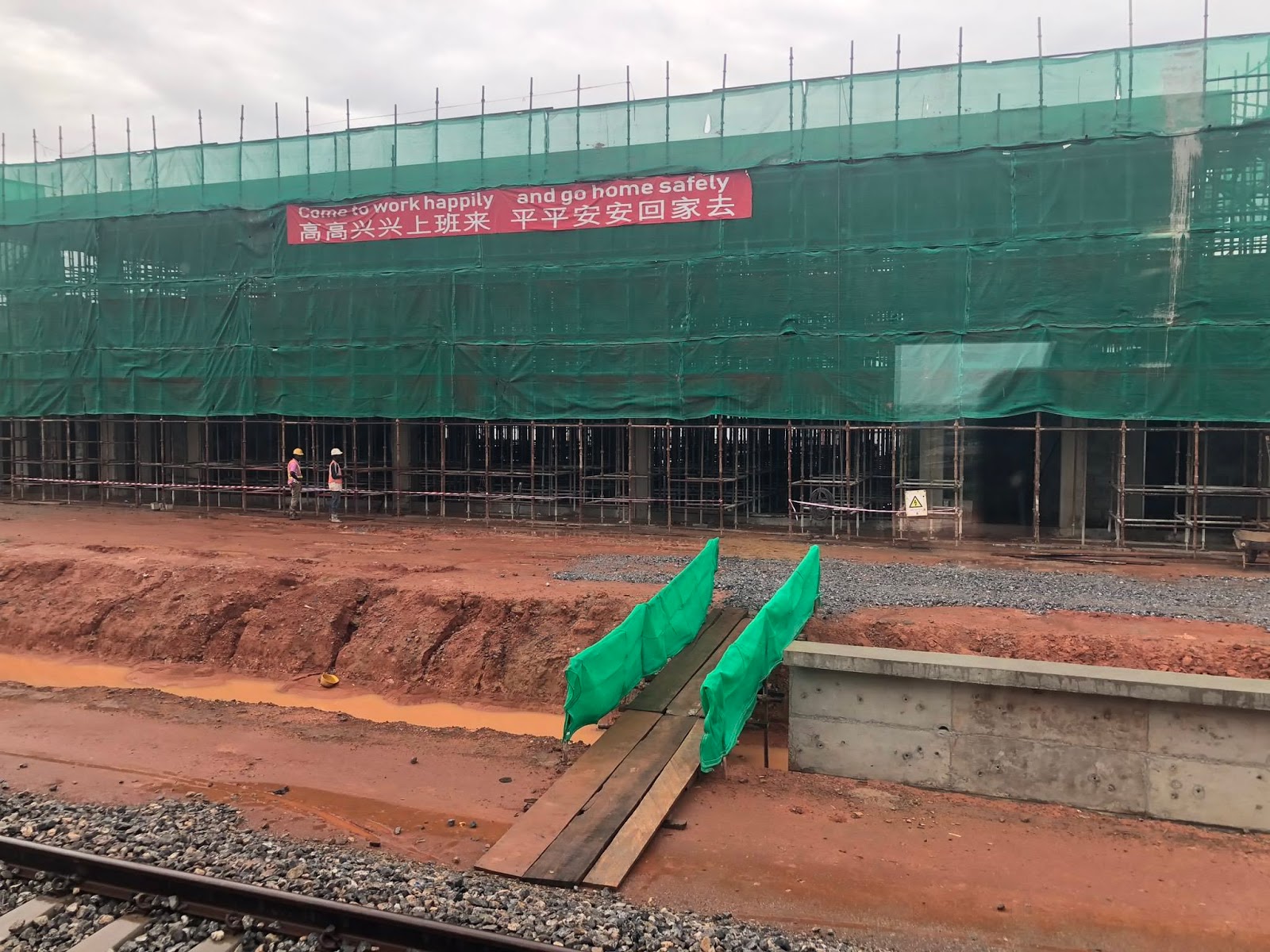 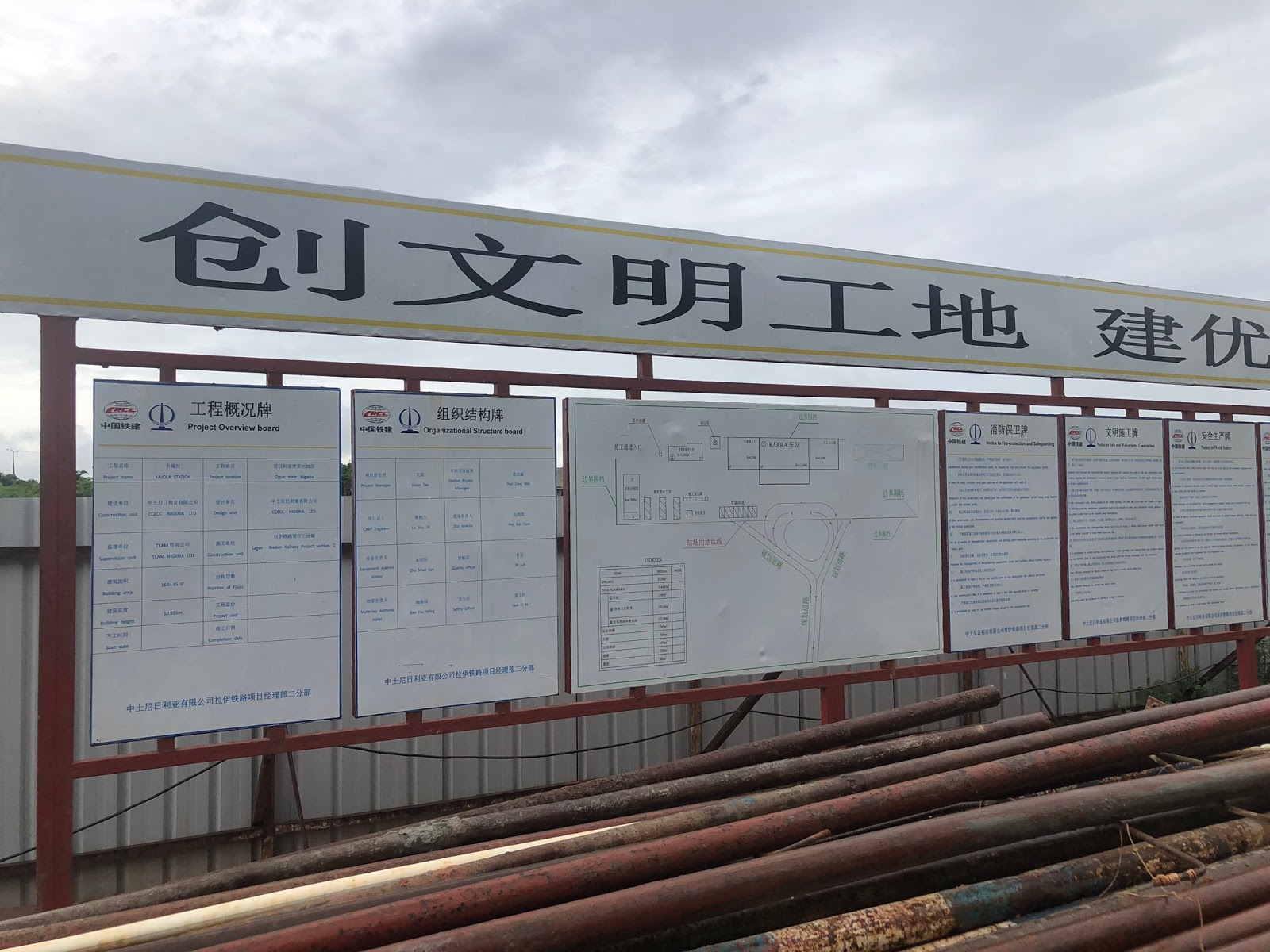 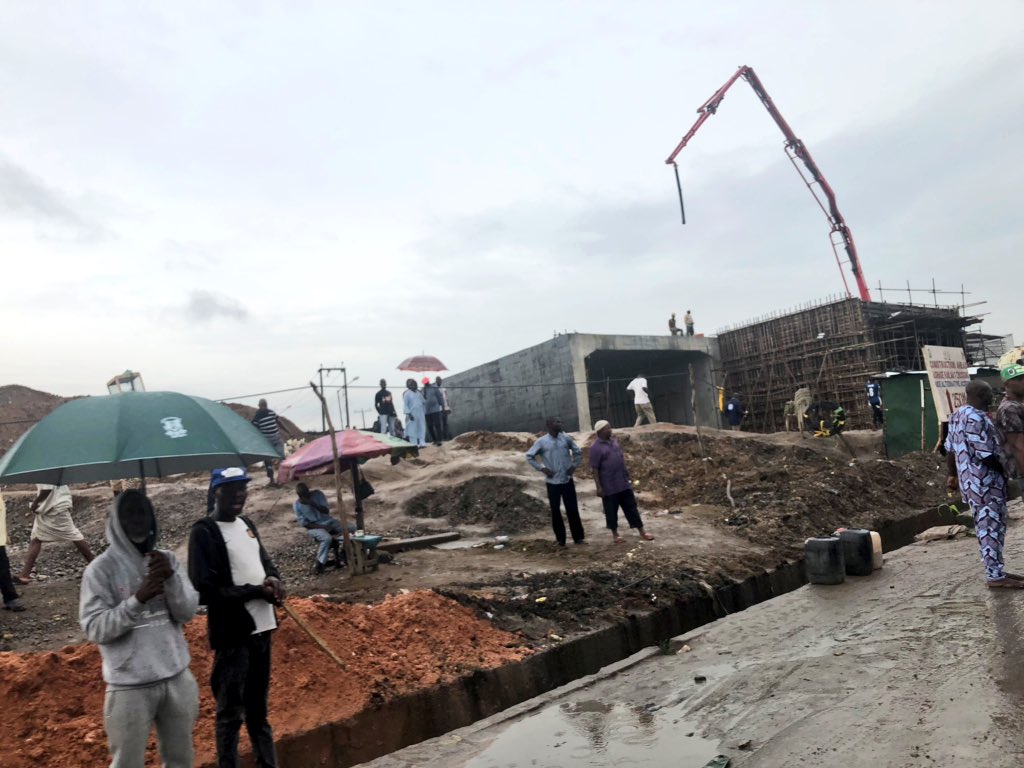 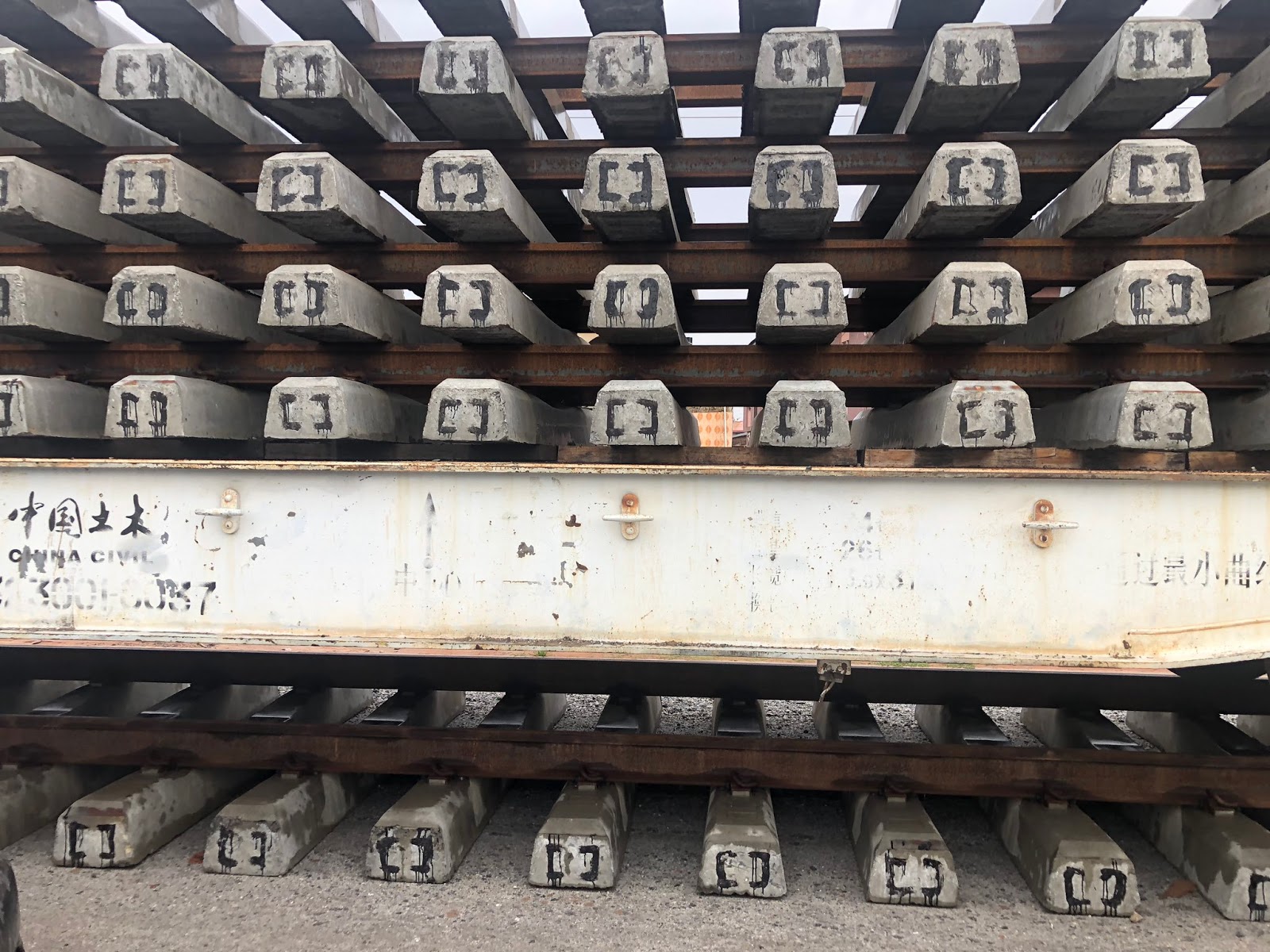 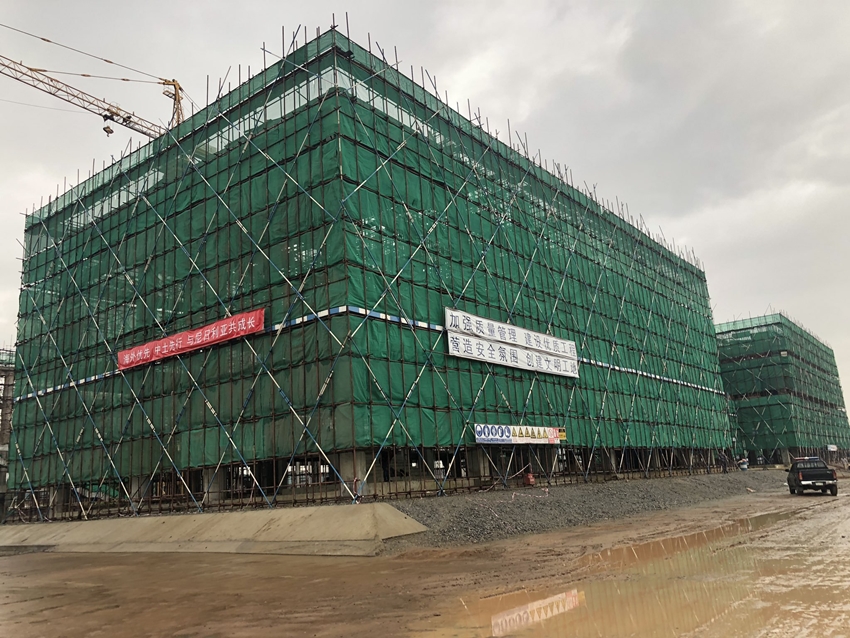 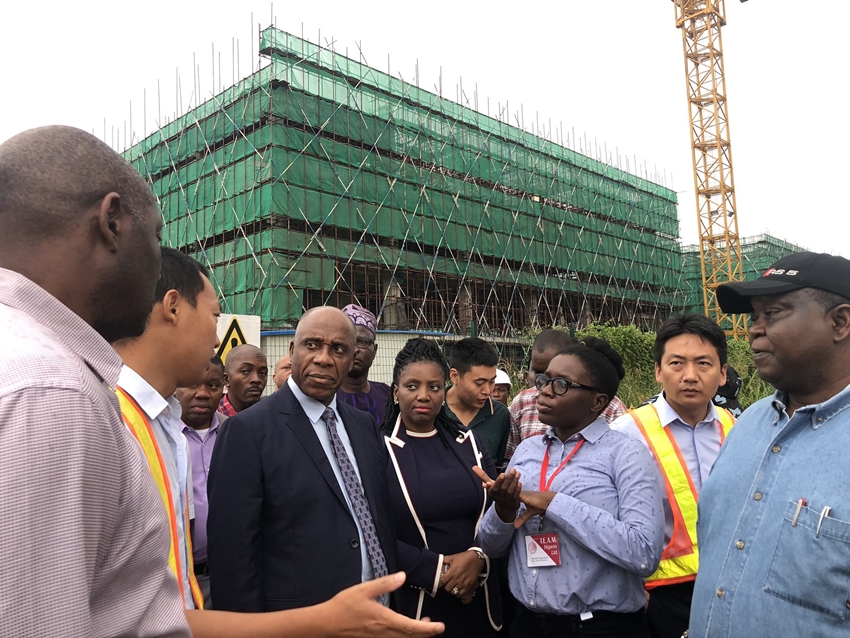 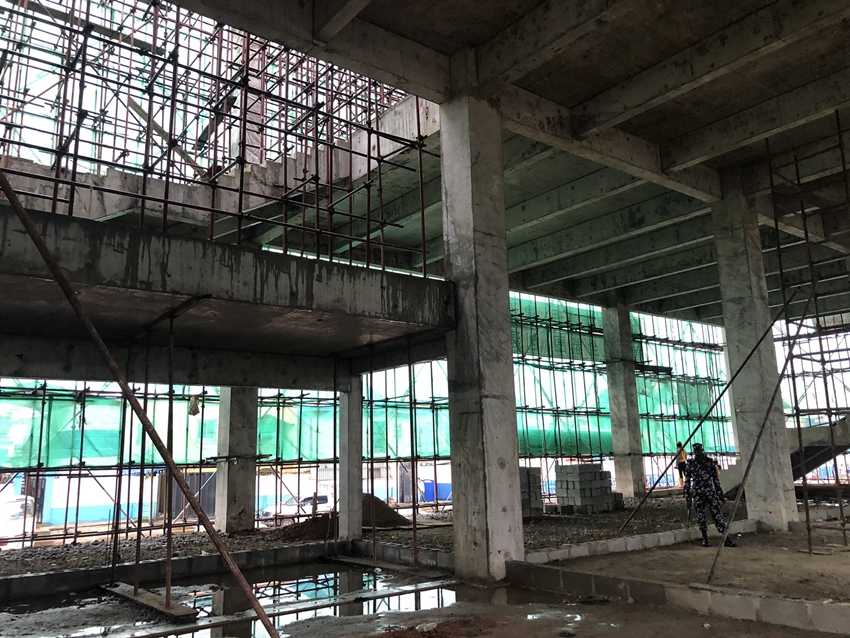 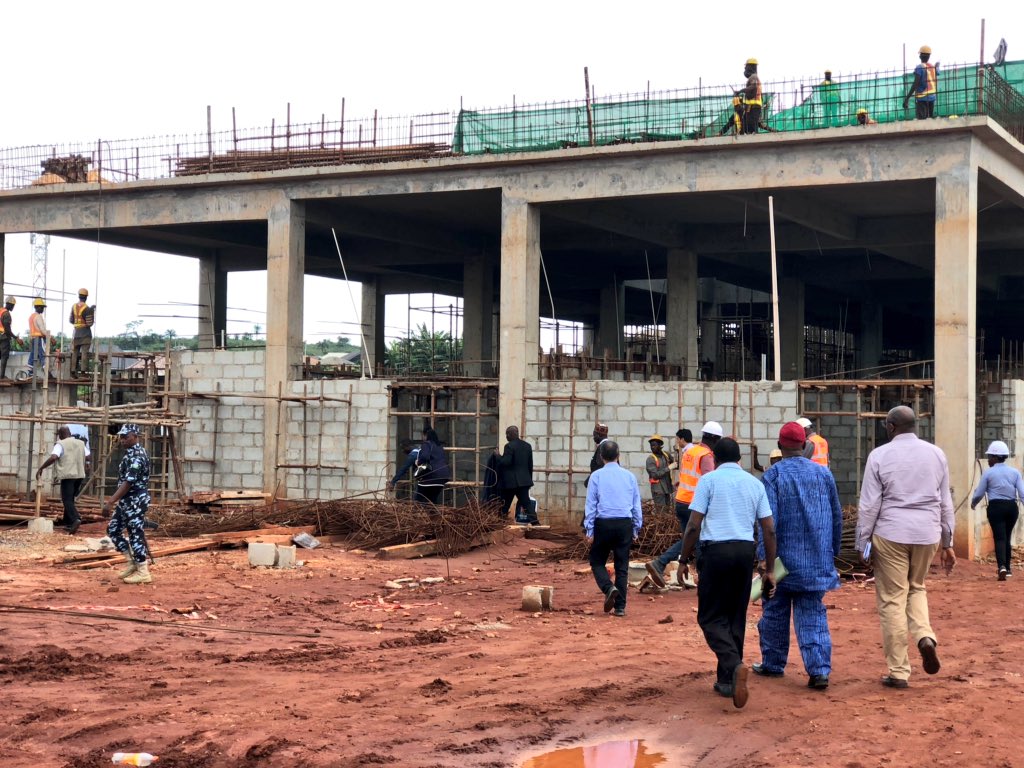 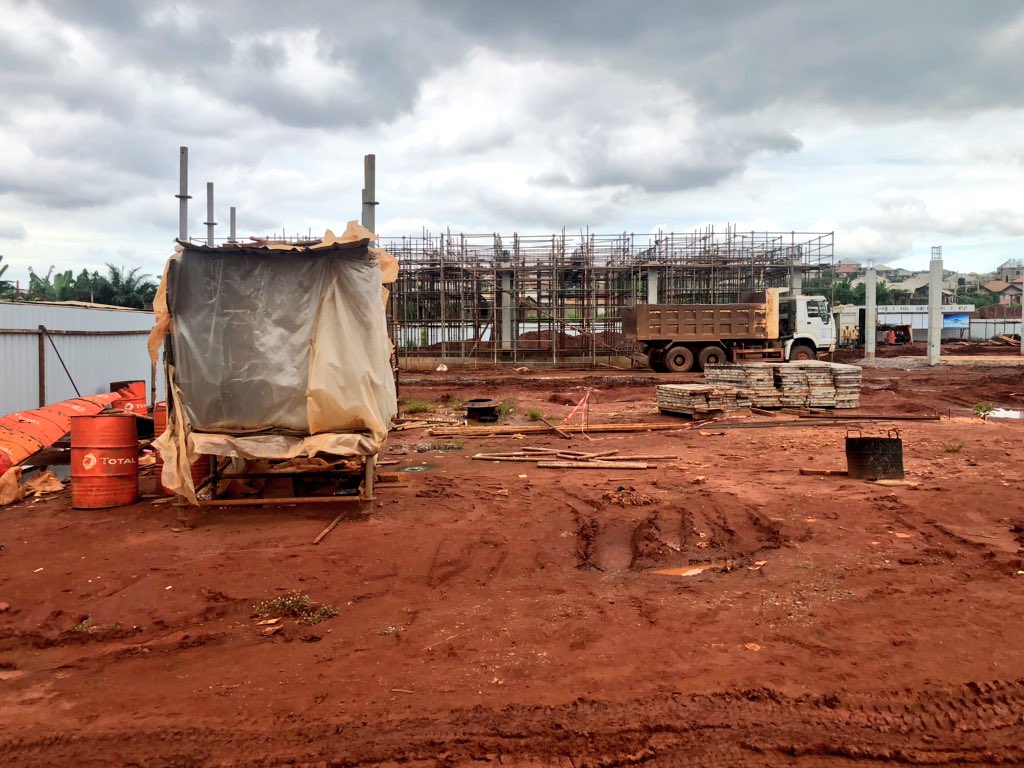 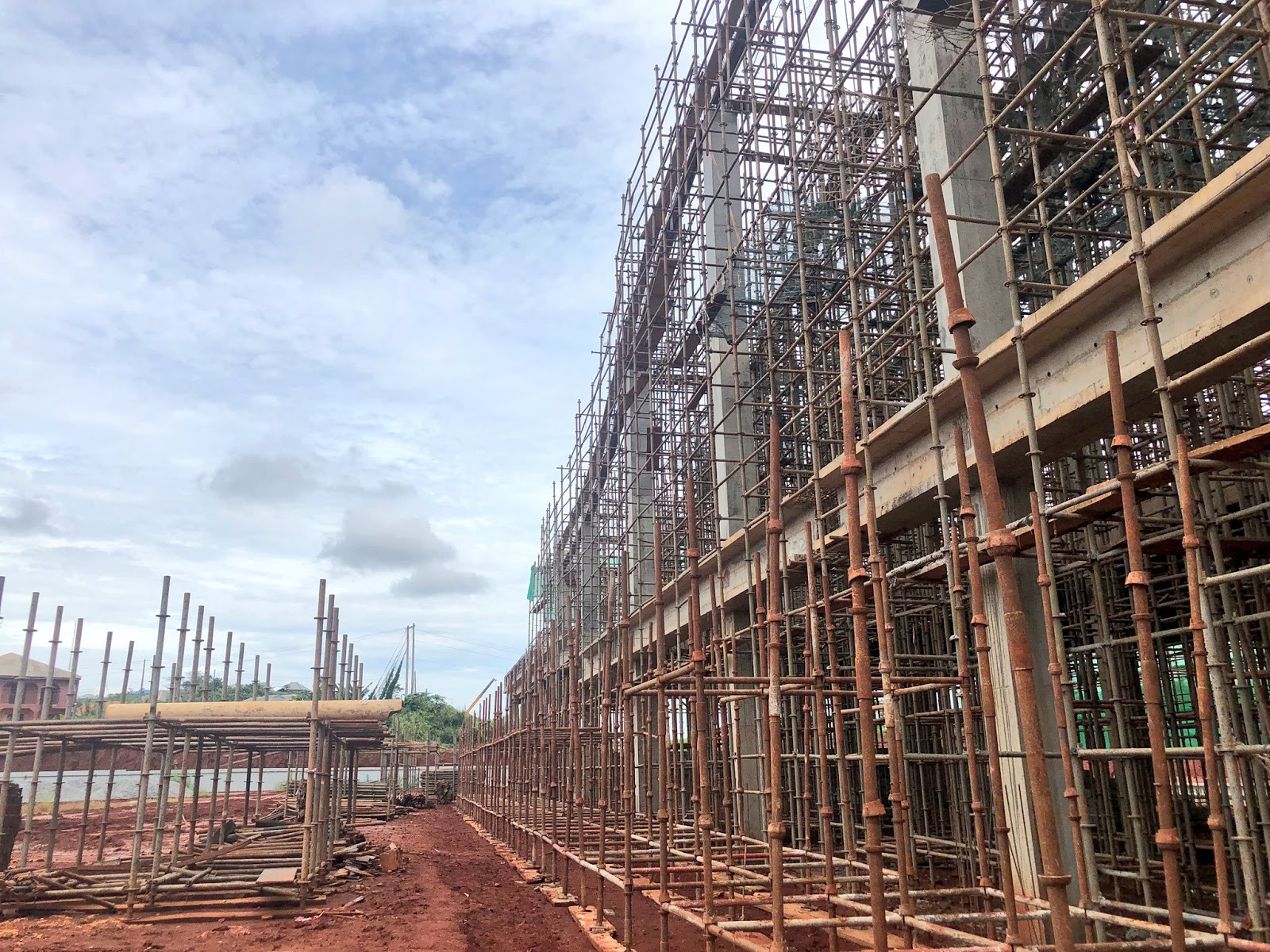