Barcelona were just seconds away from recording a massive win against rivals Real Madrid in the El Classico on Saturday evening, when Real Madrid captain Sergio Ramos leaped and scored at the last minute of normal time to keep up Madrid's title ambitions with a 1-1 draw against Barcelona at the Camp Nou. 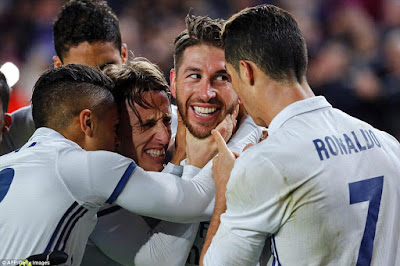 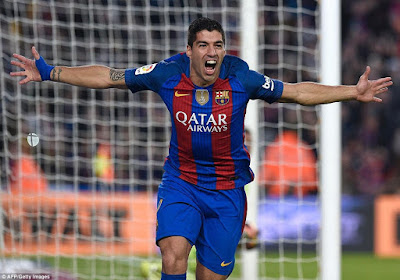 Barca, not having the best of times in the la liga this season, scored just after the halftime break after Luis Suarez headed in a Neymar cross, but left their home supporters disappointed as Ramos rose above everyone to nod in the ball at the 90th minute after a Luka Modric free kick.

It was all joy for Zinedine Zidane's men including Cristiano Ronaldo who was frustrated through out the night as he missed so many chances. 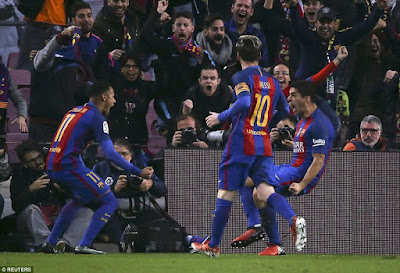 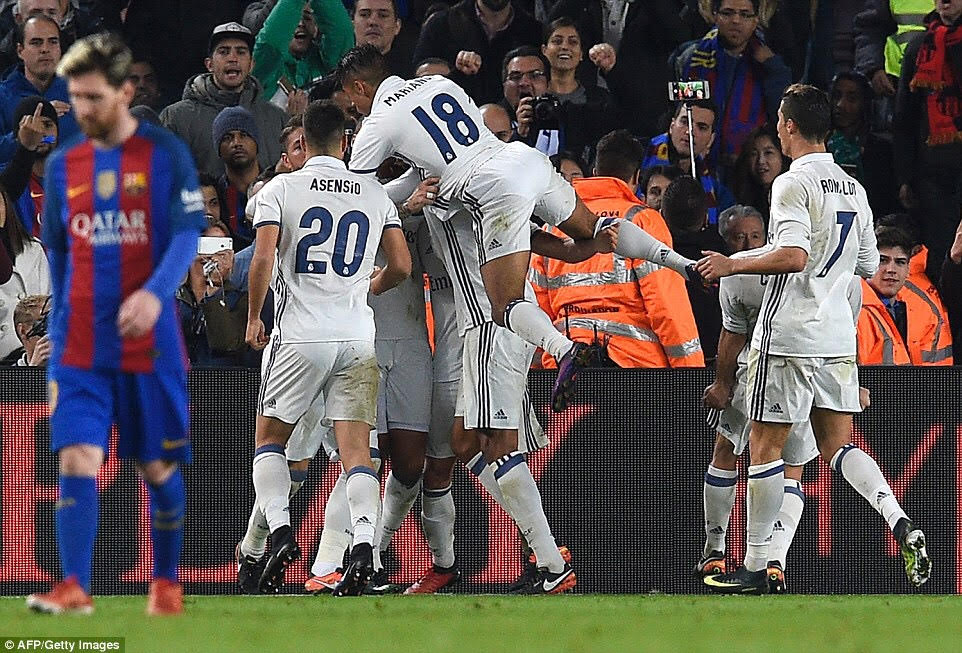 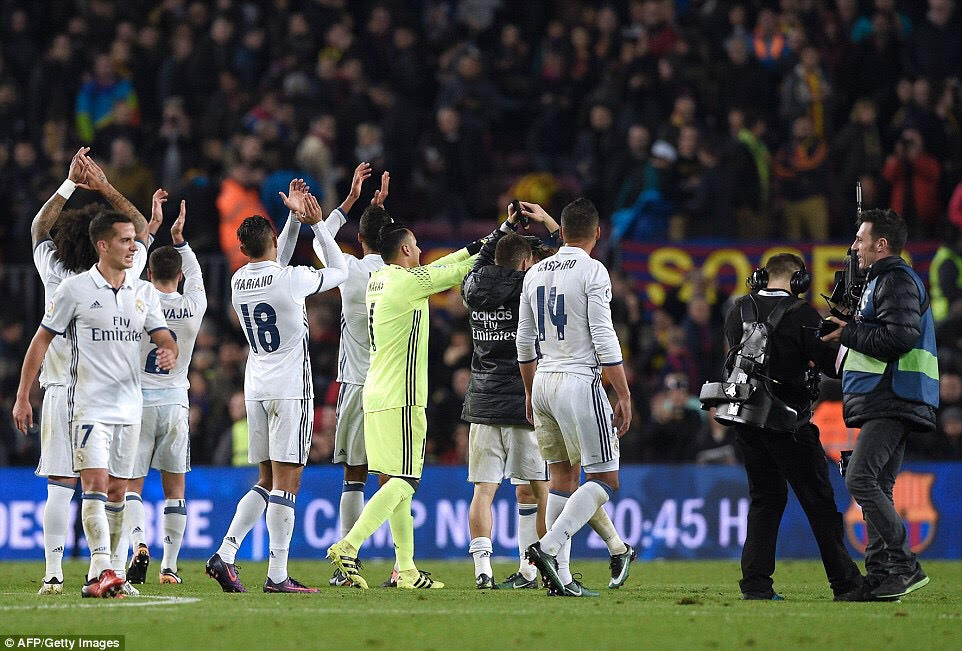 Barca knew they were ahead and started playing possession football- Real Madrid'scoach Zinedine Zidane, knowing he had to win the midfield battle, responded by putting on Casemiro for Isco.

Messi missed, Ramos blocked, Neymar missed, and Barca only had themselves to blame as Ramos slotted the ball into the net, after a Modric free kick that resulted from Arda Turan's foul on Marcelo.

Madrid now lead Barca with six points at the top of the La liga table.