On February 25th, 2003, a man named Andrew Carlssin arrested for insider trading, claimed to have traveled back in time from the year 2256.

Carlssin had escaped on the way to court while on bail and disappeared without a trace. The officials left wondering about his intent. 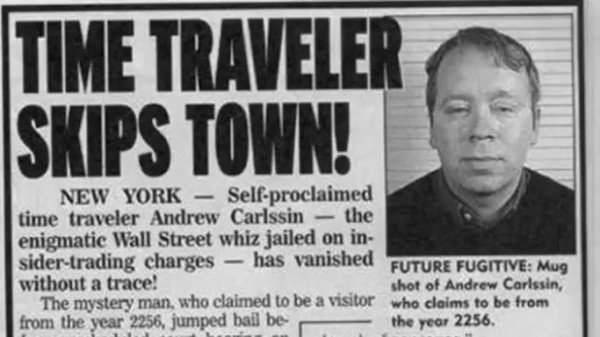 Andrew Carlssin made numerous predictions during his two-months imprisonment. This story caught the attention of several people around the world.

The Claims Made By Andrew Carlssin:

In just two weeks, 44-year-old Andrew Carlssin turned $800 into $350 million with 126 commercial trades in the US stock market.

Despite the high risk in each investment, Carlssin’s trades experienced an extraordinary gain. This news baffled the traders of Wall Street stock exchange.

This strange breakthrough of Carlssin in the stock market quickly caught the attention of federal investigators at the Securities and Exchange Commission (SEC).

They were sure that Andrew Carlssin’s success could not be put down to luck. As a result, he was arrested for insider trading.

During questioning, investigators got an explanation that shocked them. During a 4-hour interrogation, Carlssin mentioned that he had traveled back in time from 2256, bringing knowledge of which stocks were set to rise to bag a fortune.

In his videotaped confession, Andrew Carlssin said, it was just too tempting to resist. He had planned to make it look natural, lose a little here and there, so it doesn’t look too perfect. However, he got caught in the moment. 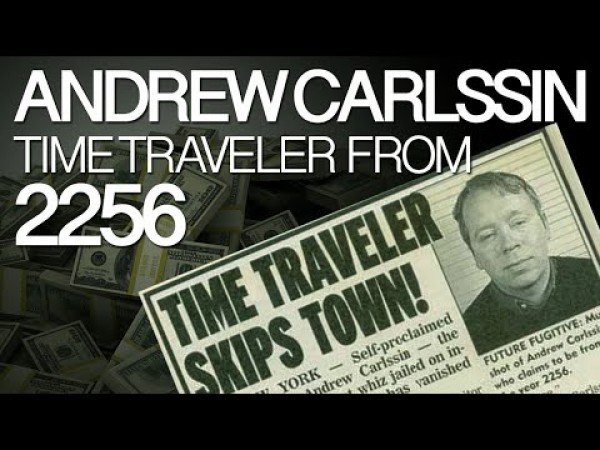 Authorities were convinced Carlssin was lying, labeling him as a lunatic or a pathological liar. However, they couldn’t locate where Carlssin got this information.

According to SEC source, if a company’s stock rose due to a merger or technological development that was supposed to be secret, Carlssin somehow knew about it in advance.

The SEC also stated that they couldn’t find any record of Andrew Carlssin’s presence before December 2002.

To prove his confession, Carlssin said he’d be willing to reveal the cure for AIDS, the date of the US invasion of Iraq, and the exact location of Osama bin Laden. He wanted to return to his ‘time craft’ and go back to his place.

He refused to disclose the location of the craft for fear that it would fall into the wrong people.

Carlssin was jailed for around two months before an “unidentified benefactor” deposited $1 million to bail him out.

Carlssin was then supposed to meet with his lawyer on April 2, 2003, but didn’t show up. The US Paranormal Defense Agency failed to trace him and speculated that he had returned to his time craft and went to the future. 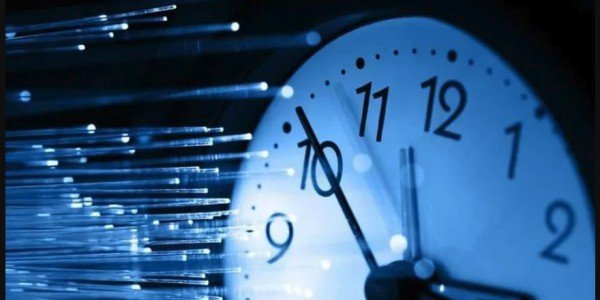 Temporal Agents Returned Carlssin To His Own Time:

Mystic Investigations’ extensive research, including support from top-flight psychics, divulges that Andrew Carlssin was a person with mental illness.

Carlssin suffered from a complicated disorder unique to those born on Mars. The psychologists were treating him, but he escaped from his care facility.

Andrew Carlssin was a former employee at a neighboring complex working on time travel experiments. He managed to enter the workspace using his old ID and stole a spaceship capable of time travel.

Carlssin had no idea how to use it and accidentally ended up back in late 2002. There he decided to get rich with the information available within the ship’s historical database. He could have remained hidden in the past and live a good life.

Unfortunately for him, the Time Cops from the 25th century finally detected the primitive temporal irregularity of his time craft because he imprudently left it on for the entire time he was available in the past.

These Temporal Agents posted his one-million-dollar bail and returned him to his own time while seizing the time craft.

The Time Cops made contact with the Mars time experiment centre in 2256. They ordered them to end all experiments until they shored up security and completely understood the actual consequences of time travel.

Carlssin had been cured of his mental condition within the next five years before being released. Authorities made him believe that his time in the past was a delusion.

Carlssin decided to leave Mars for a deep space interstellar mission that would take around 100 years to complete. He spent the rest of his life exploring the stars forever. 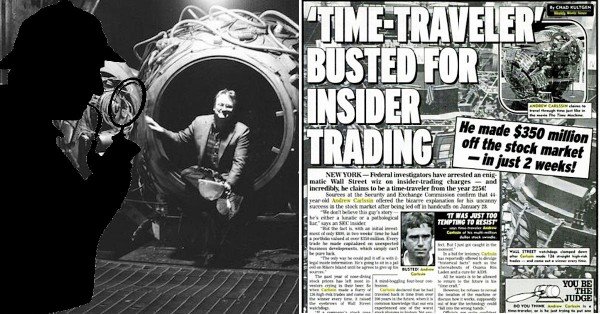 Carlssin Interviewed On Telephone After He Was Released:

On April 29, 2003, an article was published in the Weekly World News that they had successfully interviewed Carlssin by telephone.

Andrew Carlssin said that he had been in Toronto for the formation of a company that was going to be public in 2007.

Carlssin told them that on March 29, 2003, he was freed by the FBI for kindness by a person who did not give his name. The stranger offered a security deposit for a bail of $ 1 million to release him.

At the time of his arrest in the year 2003, Andrew Carlssin was 44 years old. However, he said that until now, he didn’t age at all. When asked what he had done during these years in which he had been missing, he replied as “No comments.”

When asked about the outrage and the chaos raised by his case, Carlssin said,

Time is everything, and everything happens as per the time. I am nowhere, so now this is my time.

Is It Possible For A Human Being To Travel Through Time?

Einstein’s relativity theory started with the idea of time travel. The theory states that time passes at different rates for people who are moving relative to one another. 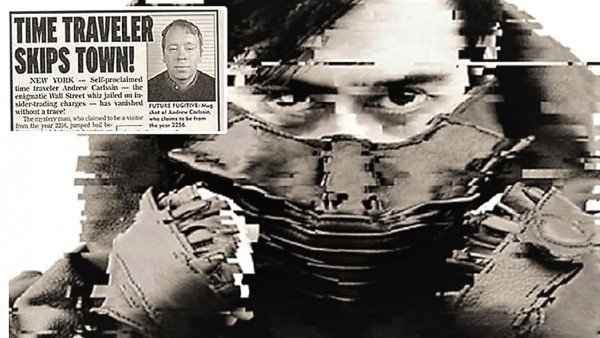 Ronald Mallet, a physics professor at the Connecticut University, used Einstein’s equations and his information of the laser beam to develop a time machine.

Professor Mallet stated that in 10 years, people could make a time machine that can be travel to the future.

John Titor was another strange person who mentioned he came from the year 2036. He claimed that he had come from the future by two black holes.

As for the history of Carlssin, there is no clarification about the truth of this sensational news to date. Later, the FBI and the SEC said the story was fabricated.

What do you think is time-traveling possible? Was Andrew Carlssin a real traveler or just a hoax? You decide.