Senate President, Ahmad Lawan has declared the seats of Bayelsa Central and Bayelsa

West Senatorial Districts vacant, following the election of their occupants as governor 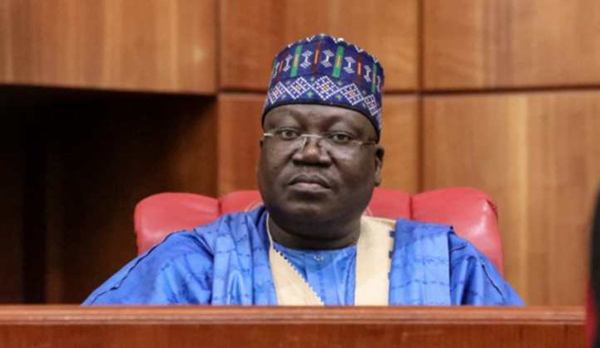 Speaking at a meeting with Resident Electoral Commissioners RECs on Friday in Abuja,

the electoral umpire would soon pick dates for the conduct of a by-election to fill the two seats.

“In compliance with the orders of the Supreme Court, the Commission has presented

Certificates of Return in respect of the Governorship elections in Imo and Bayelsa States.

In the case of Bayelsa State, both the Governor and Deputy Governor were serving Senators.

Districts vacant. The Commission will soon meet to determine the dates for by-elections in the two

He also spoke on the forthcoming Governorship elections in Edo and Ondo states, warning

nomination of candidates after the deadline would not be accepted.

“As stated earlier, the end of tenure Governorship elections in Edo and Ondo are holding later in the year.

Given recent experience with some Governorship elections, political parties need to do more to avoid

candidates, resulting in protracted litigations and eventual determination of the outcome of elections

by orders of the court.

Commission a few weeks ago. Party primaries for the democratic election and nomination of

candidates for the Governorship election in Edo State must be held from 2nd to 27th June 2020.

The date for Ondo State is 2nd to 25th July 2020. The Commission will not extend the dates. We will

also rigorously monitor the primaries and where necessary, apply sanctions as provided by law.

“At the same time, the personal particulars of all the candidates nominated by political parties for

the Edo and Ondo governorship elections, including their academic qualifications, will be displayed

in our offices in the two States as required by law. This will enable citizens to scrutinise them and take

legal action against any candidate who provides false information to the Commission.

4th August 2020 in Ondo State. I wish to appeal to citizens to note the dates and to seize the opportunity

“Ahead of the Edo and Ondo governorship elections, critical changes will be introduced to strengthen

our processes and procedures. Similarly, the Commission, jointly with the security agencies, is reviewing

has set up a Committee in this respect. The inaugural meeting of the Committee is holding on Wednesday next week.

“As you are aware, the Commission has released the timetable and schedule of activities for the Edo and

Ondo Governorship elections to be held on 19th September 2020 and 10th October 2020 respectively.

Furthermore, the Commission has released the timetable and schedule of activities for bye-elections

in Sokoto State. Going by the timetable, the period for the conduct of party primaries and nomination

of candidates has lapsed. Four political parties have nominated candidates for the Magama/Rijau Federal

The elections are scheduled to hold simultaneously in the four states on Saturday 14th March 2020.

“For our part, the Commission has been studying the judgements of courts arising from the conduct

of recent elections. We have also been reviewing the reports from accredited observers as well as

internal reports from our State Offices. We will continue to keep an eye on the conduct of our officials and apply appropriate sanctions on

erring staff, both regular and ad-hoc”, he added.