A Nigerian socialite and businessman has reiterated that a beautiful woman is not meant for only one man. 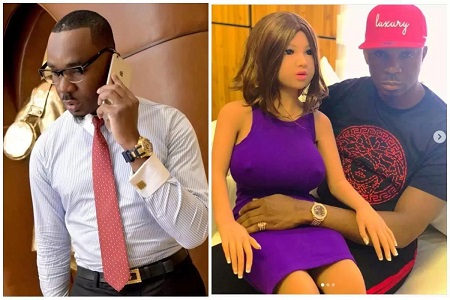 Businessman, club owner and socialite, Mike Nwogu, aka Pretty Mike has stirred controversy after saying that a beautiful lady isn’t meant for only one man.

He made this known in a recent social media post where he stated that for a man to keep a woman in Lagos, he needs to do what eleven men are capable of doing.

“I don’t know who needs to hear this but… A Beautiful lady isn’t meant for only one man, so to keep one to yourself in this Lagos,You must be Capable of doing what Eleven men can do 🙊🙆🏾‍♂️🙈.. let’s be Guided “