The President of South Africa, Cyril Ramaphosa had appointed Dr Ngozi Okonjo-Iweala as Head of the country's Economic Advisory Council. 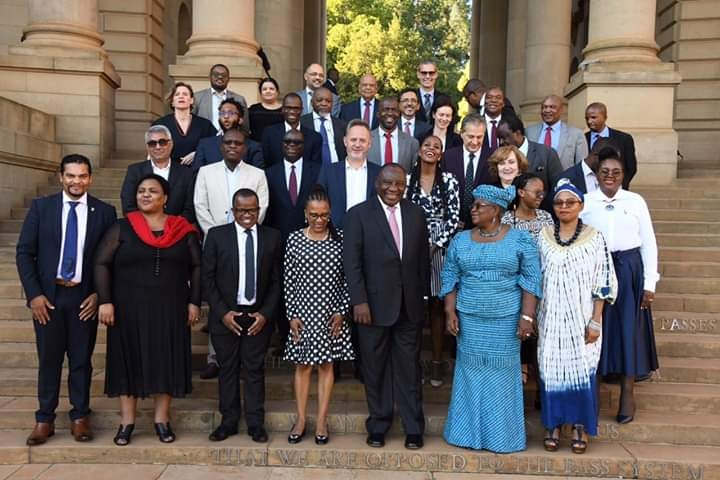 Dr Ngozi Okonjo-Iweala who is a former Minister of Finance in Nigeria during the former president Goodluck Jonathan administration.

She sat on the seat comfortably and boosted the economy of the country then. As at then, Nigeria was recognized as the biggest economy in the whole of Africa and this got her world recognition.

Even though she still holds a lot of positions in and outside of Nigeria, she is still wanted by countries who wants to see their economy boost as that of Nigeria boosted when she was a two time Minister of Finance.

Amongst her positions are; Board Chair Gavi, Board Chair ARCapacity, she was formerly the Managing Director of Operations, World Bank .