Davido cries out after postponing tour, says coronavirus is making him lose money

We reported yesterday that award-winning Nigerian singer, David Adeleke popularly referred to as Davido announced the postponement of his ‘A Good Time’ tour over coronavirus concerns. 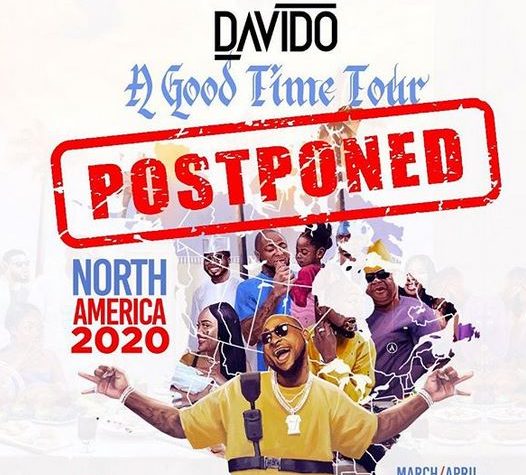 He put the health and safety of his fans first as he revealed that the tour would no longer continue due to the fact that it has become a global pandemic.

Barely a day after the postponement, the father of three took to his social media page to lament as he revealed that the virus is preventing him from making money.