OBO maestro, Davido had one of the biggest turnup in the Nigeria music industry last year as he set the pace for other artiste who penned mega deals with his international label after he sealed a major deal with Sony Music.

The 'Ekuro' singer ended the year just like he started it, on a high note as he copped himself an Xmas gift in the form of a brand new Range Rover SUV reportedly worth N80 million. 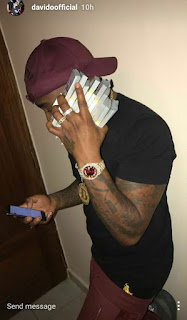 The HKN act who was recently snapped making a call with stacks of cash took to social media to show off the ride alongside his customised white Audi which he bought for himself around the same period a year ago. 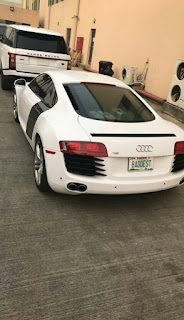