Movie director, Kemi Adetiba has advised the public to treat those seen in the viral Babcock sex tape with kindness and empathy.

The sex tape involves a female student of Babcock and an allegedly expelled male student of the school having sex on what looked like a hospital bed.

Social media reports state that the male student was expelled because of drug abuse and was at a rehab centre when the sex tape was made.

Reacting to the viral video, Kemi Adetiba joined many who called for the protection of the girl so as to prevent her from committing suicide out of shame.

There is a video currently trending on the internet. I would ask that you please treat those involved with kindness & empathy.

I also pray the young lady involved realizes this isn’t the end of the world. If you’re close to her, give her a hug, not a reprimand. She’s had enough. 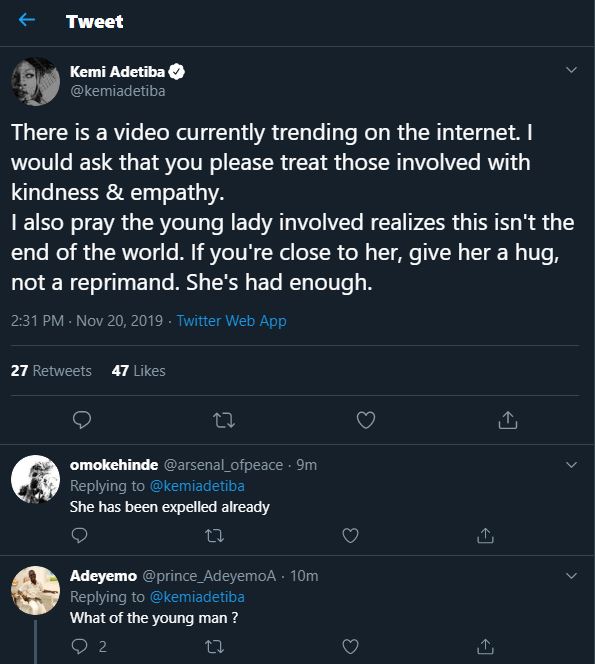