Adekunle Gold has received a reminder from Simi’s mum that he is yet to completely pay her bride price, after Adekunle three a shade at Simi and her brothers on Twitter.

Adekunle Gold and Simi’s marriage will clock its first year anniversary in a few weeks. The singer’s got married in a private ceremony on Wednesday, January 9.

Since they got married, the couple’s have shown humor to each other on Social media. Often times, they’d throw harmless insults at each other but the recent one caught the attention of Simi’s mother, Jedidiah Ogunleye, who reacted by calling out her son-in-law, Adekunle Gold over unpaid dowry.

In the conversation, Adekunle posted a photo on Twitter, requesting that his fans provide a dope rapper name that suits his appearance.

Simi dropped a comment, referring to him as “Nigga” and asked him to stop.

Reacting to this, the singer wrote:

Simi’s mother, Mrs Ogunleye saw the tweets and call the singer to caution, with a reminder that he is yet to pay up his dues and he is also under close-watch.

”Adekunle, remember you’ve no finished paying all the dowry o. I am watching you”, she wrote.

See the conversation below; 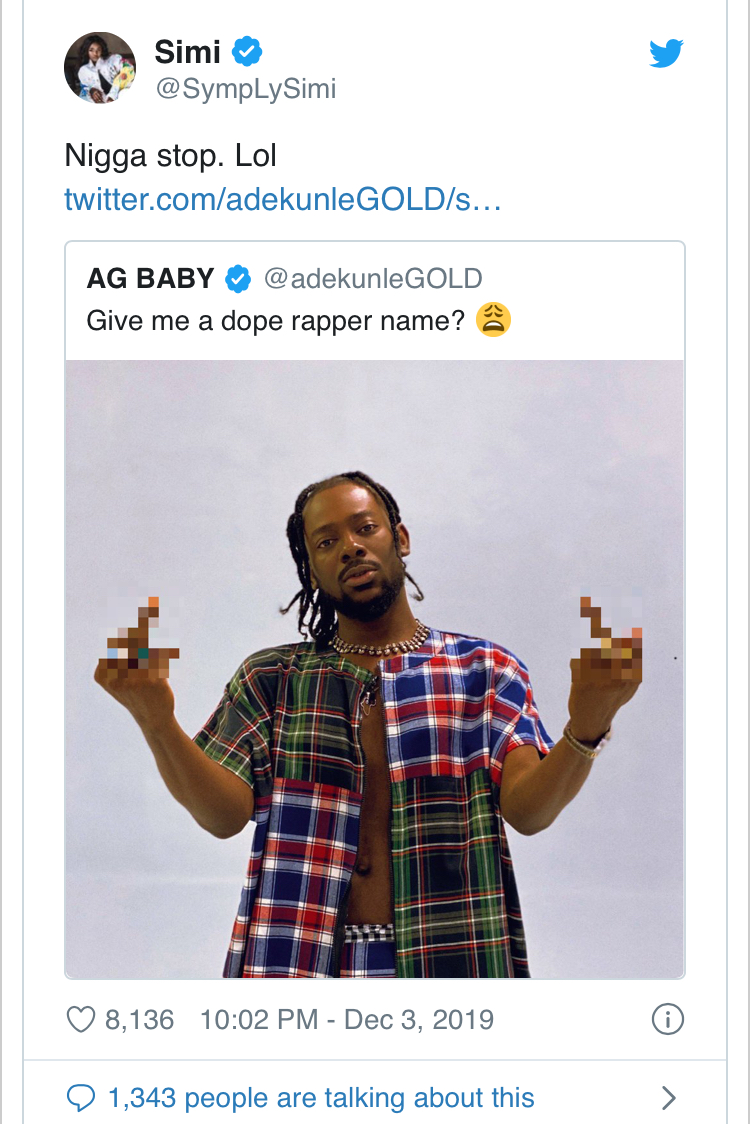