Steff London reveals the birthday gift she wants from Burnaboy

Stefflon Don has revealed what she wanted from her boyfriend for her birthday.

The British rapper added a new age yesterday, December 14th and as expected, she got many wishes and love from her family and friends.

Steff later took to her Twitter account to express her gratitude to everyone that showed love, she also spoke about what Burna Boy got her and what she would have wanted.

Thank you guys for the Bday love!!!

An inquisitive social media user reacted to her post, asking;

What did Burna get for you?

Stefflon caught the comment and responded that he got her a few things, she wrote;

A few things…. but im not really materialistic, just some good D***k would do tbh. 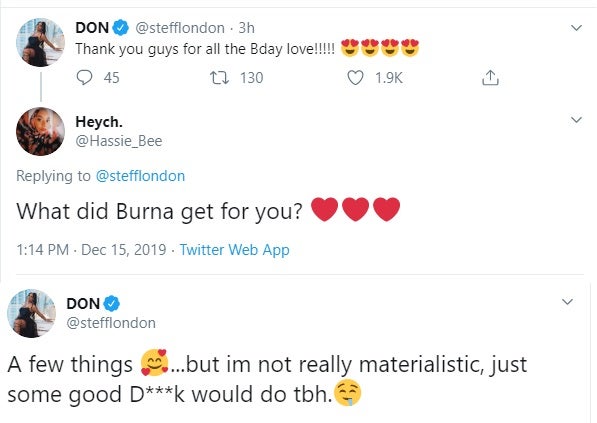