Nollywood comic actor Imo Bishop Umoh popularly known as Okon Lagos has been called out for faking his workout routine and transformation photos. Recall the actor took his fans and followers on social media by surprise after sharing a photo of his massive body transformation. Read the post here.

Turns out that Okon Lagos has joined the ‘sU-Ck belle’ gang as he was called out by a social media user who spotted him at an event recently and realized the actor had not actually lost weight, nor his potbelly.

The lady decided to crash his groove by release an unedited and unfiltered photo of Okon at the event, which was just days after his alleged weight loss.

Checkout the photos below 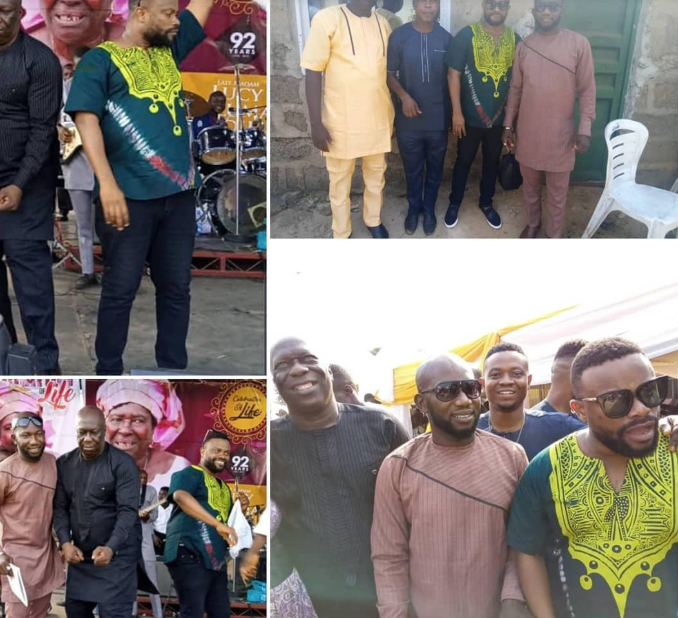