The unfortunate incident happened this morning somewhere in Somolu. According to an eye-witness, just a few seconds after the driver of this car packed, the pillar directly opposite it fell on it, squashing both the driver and the front side of the car. When the driver didn't attempt to come out of the car after the incident, people went closer to the car and found he had been killed by the pillar. The car was later dismantled to get him out. So sad! Peep At More Photos Below:
[ads4] 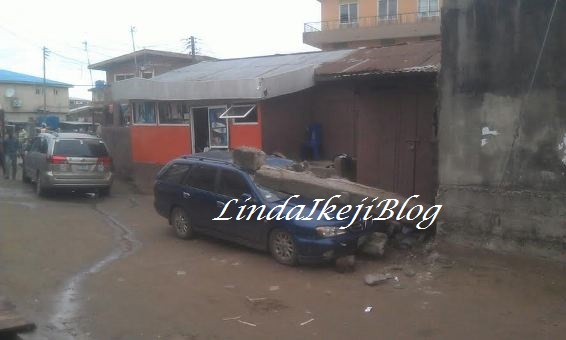 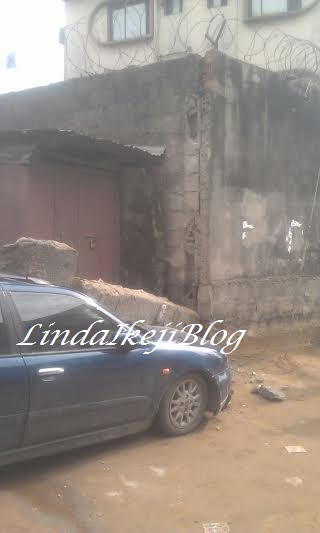 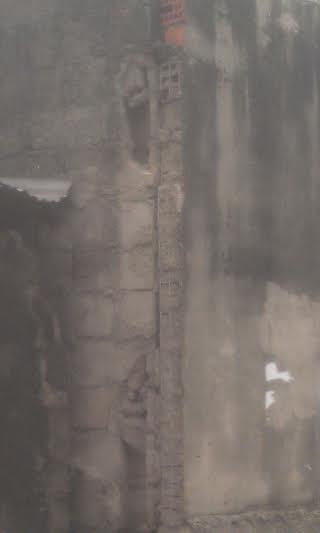