Home > Trouble: This Man May Soon Have His Hands Cut Off After Injecting His Arms With Oil To Look Big (Photos)

Trouble: This Man May Soon Have His Hands Cut Off After Injecting His Arms With Oil To Look Big (Photos)

A young man who injected his arms with oil so that that they may look all big, has found himself in serious trouble.

It has been revealed that Kirill Tereshin, a Russian builder who injected himself with oil to achieve Popeye-style muscles now faces having his freakish arms amputated.

But the 21-year-old posted on Instagram that his “bazooka arms are about to fall off” after medics warned him he faces paralysis and amputation.

Former soldier Tereshin, of Pyatigorsk in Russia, is still going to inject himself with the muscle enhancer though – despite one doctor telling him he could suffer a stroke. 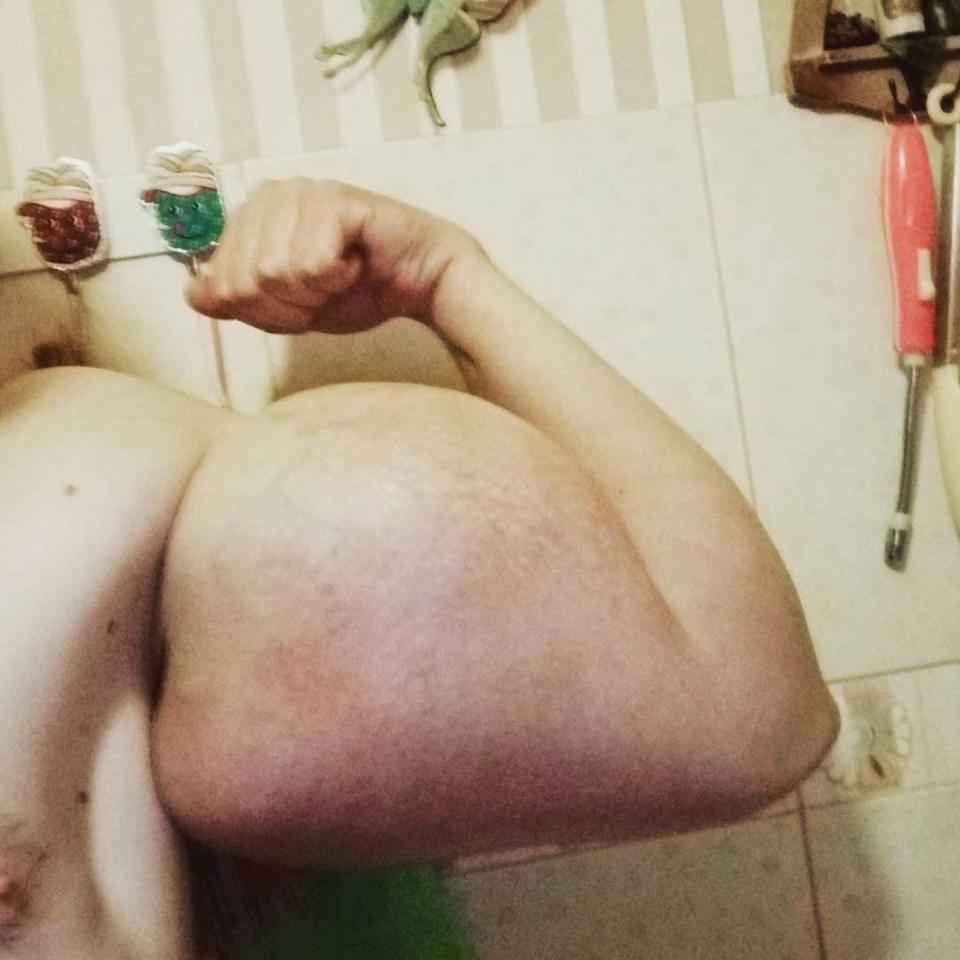 Professor Evgeny Lilin, said: “Not immediately but he very likely faces amputation in the future.

“One day abscesses will develop, then inflammation and he (will be at risk of) a stroke.

“The bad thing is that already-injected Synthol or its equivalent will remain in his muscles for the next five to seven years, even if he stops adding more now.”

Tereshin started injecting himself with synthol after leaving the army this summer and increased the size of his biceps by 10-inches in just ten days.

He began by injecting 250 ml into his biceps but found that would make them grow by a little over one inch. 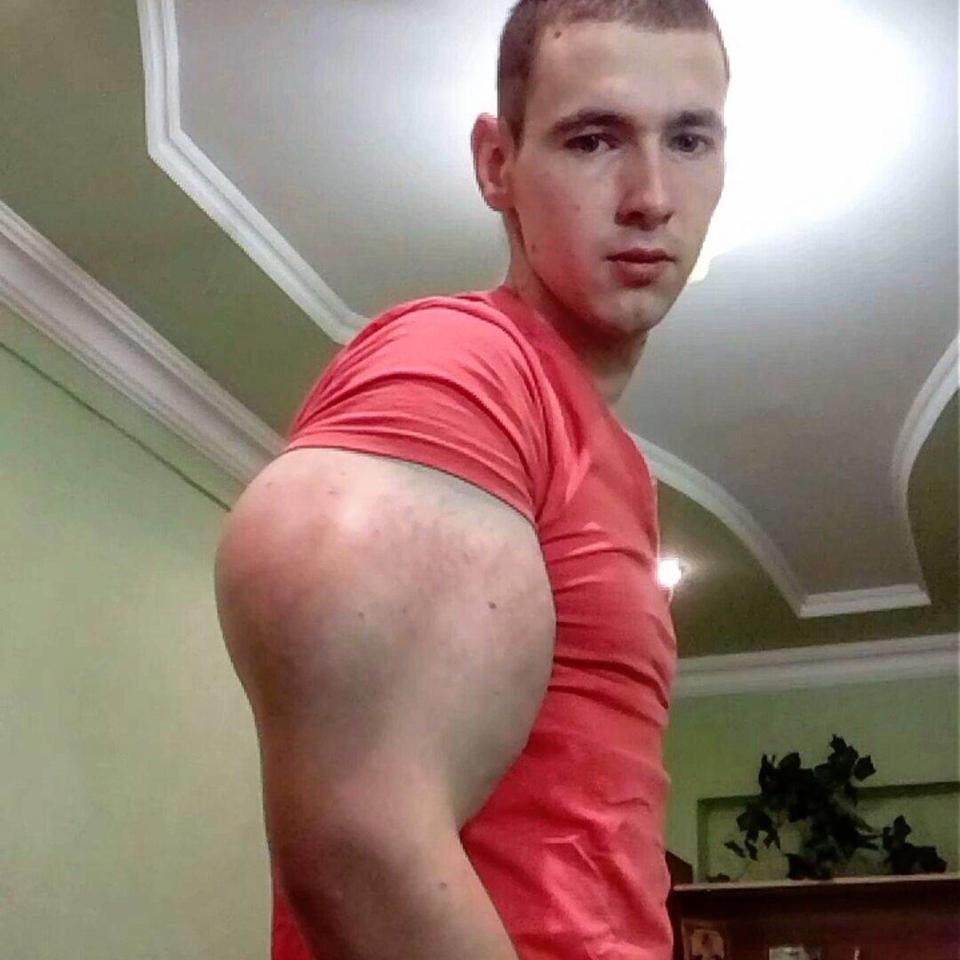 Tereshin said: “In order to reach such a size, you need to inject litres into your arms.

“I was doing it and getting a fever of up to 40 degrees, I was lying in bed, feeling like I was dying, but then it all turned out fine.”

Experts warn that synthol can cause pulmonary embolisms, nerve damage, infections, sclerosing lipogranuloma, stroke and oil-filled cysts or ulcers in the muscle.

Despite this, many bodybuilders use it to enhance their muscles and it is not restricted, with many brands available on the internet.