A 17year old boy whose heart desire is to get married to his 16year old girlfriend, has finally succeeded in getting what he wanted after putting extra pressure on his parents.

According to reports, the 17-year-old identified as Somto Nwachukwu dropped out of school and expressed his desire to marry his 16-year-old girlfriend. After much pressure from the boy, his parents agreed to his demands.

The parents gave their blessings to the marriage and organised a traditional wedding ceremony for the couple.

Somto’s parents were said to have opened a retail shop for the boy and his new wife. They also allowed the newlyweds to live alone at home give to Somto by his father. 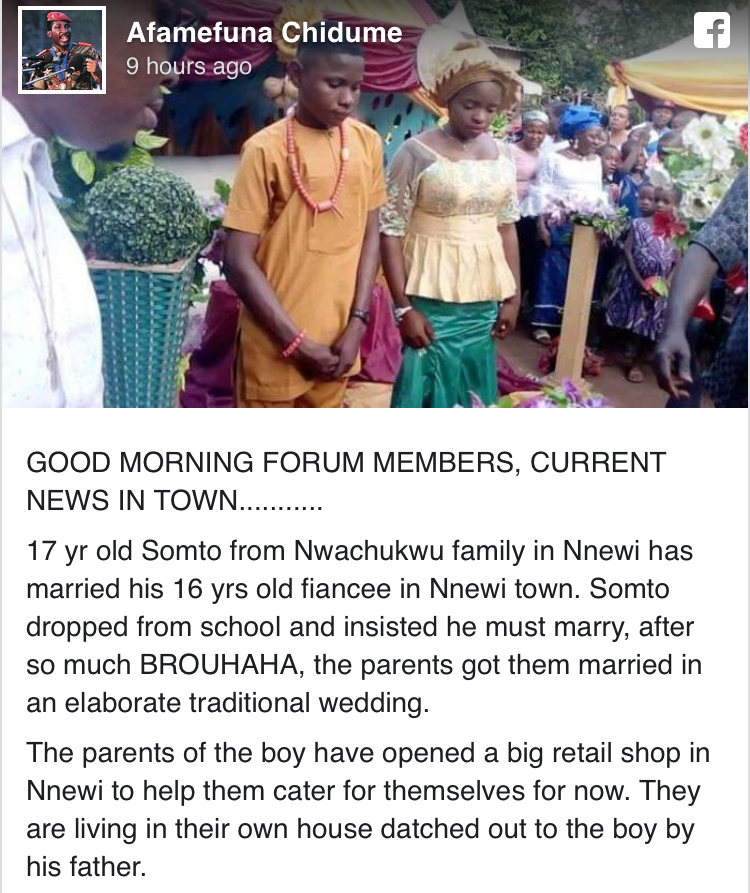 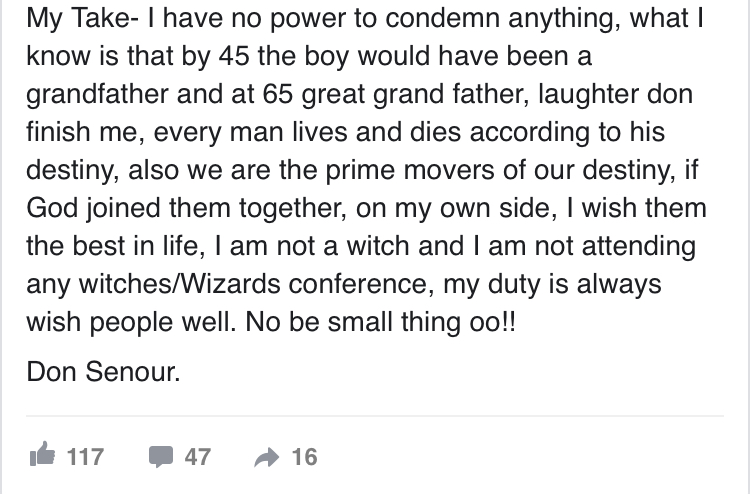