Gunmen in Kogi kidnap another Educationist 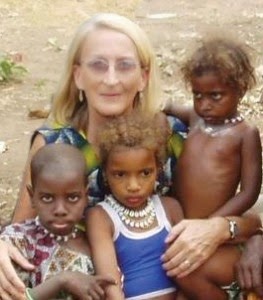 Three days after US Missionary worker, Rev. Phyllinx Sogor (pictured above), was kidnapped by unknown gunmen in Kogi, another educationist, Mrs Paulina Audu was kidnapped yesterday morning by unknown gunmen as she was leaving her house in Nagazi, in Adavi LGA.
According to reports, Mrs Audu was on her way out for a morning devotion in her church when some men who had la!d siege by her compound wayla!d her, forced her into her car, pulled her driver out of her car and sped off with her to an unknown destination. Kogi state Police command is yet to confirm the incident.
[ads4]