BBNaija housemate, Mercy has recently been attacked by fans of disqualified housemate, Tacha since she was sent out of the Pepper Dem House.

Recall that Tacha was disqualified from the reality show because she got into a bitter fight with Mercy.

Following her exit from the show, Tacha’s fans aka Titans have trolled Mercy on IG, some attacking her for causing Tacha’s disqualification, and others insisting that she (Mercy) needs to leave the show too.

The fan took to her social media page to write;

“Messy. Yesterday was the start of your cry.
I declare and decree that everything u do in life will turn into a cry of pain.
I pray that yr kids will be as fake as you in future”
I pray that yr silicone ass pops 1 day.
May you carry the burden of your negative works IJN”

Well, One of Tacha’s fans has now taken it to a whole new level as she has rained curses on Mercy who is currently the last girl standing in the show. 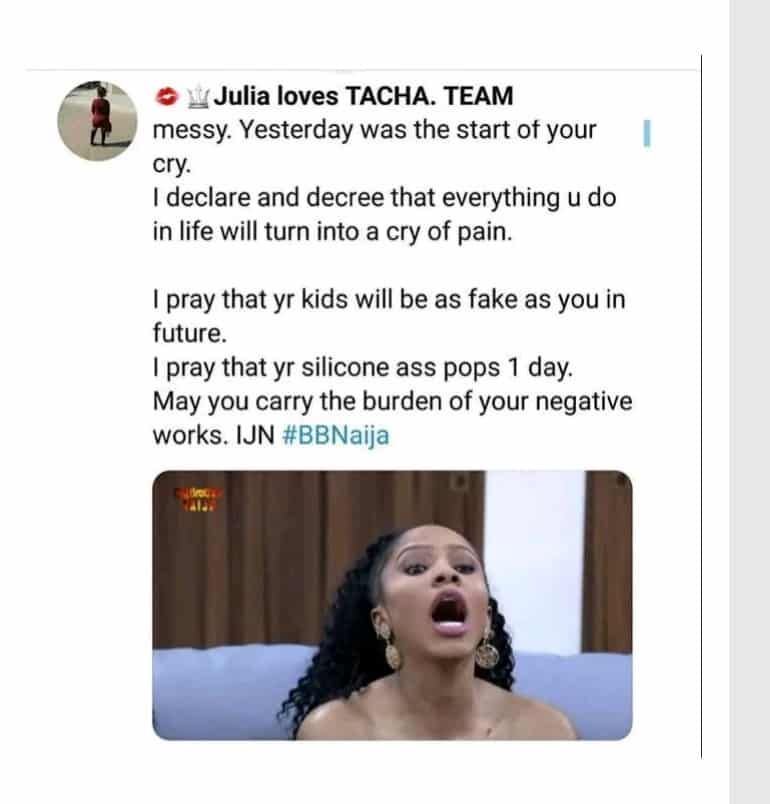