The drama started after Cee-C posted a new photo of herself with a caption that said: “They can steal your recipe, but the sauce won’t taste the same. STAY FOCUSED.”

However, many of Tacha’s fans insinuated that the caption on her post is shady, because folks on social media had accused Tacha of playing the ‘Cee-C’ script in the house before she got disqualified.

Now, Cee-C has refuted Tacha’s fans claims saying there is no beef between them.

“Not every caption is a shade. Stop creating problems that don’t exist,” she wrote. 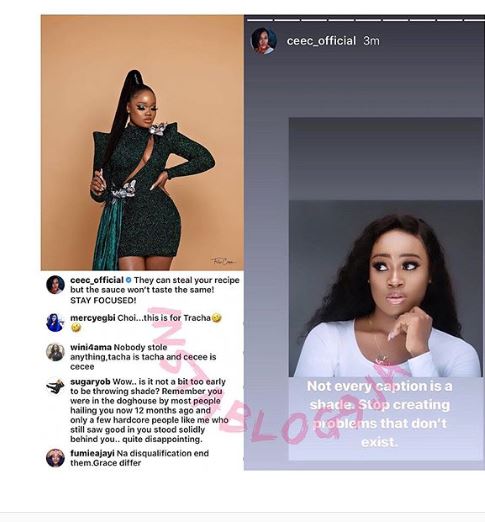