Sulley Muntari walked off the pitch in protest during Pescara's clash with Cagliari on Sunday having been booked after reporting racist abuse to the referee.

The 32-year-old said he heard the chants throughout the match at Cagliari's Stadio Sant'Elia and asked referee Daniele Minelli to stop the game.

Instead, the former Ghana midfielder was shown a yellow card in the 90th minute and then angrily left the pitch, leaving Pescara, who lost 1-0, to play out stoppage time with 10 men.


The fans were chanting at me during the first half. "There was a little kid doing it with his parents standing nearby.


So I went over to him and told him not to do it. I gave him my shirt, to teach him that you're not supposed to do things like that. I needed to set an example so he grows up to be nice.

"Then in the second half it happened in that stand again and so I spoke to the referee. And then he really p---ed me off.

He told me that I'm not allowed to speak to the fans. I asked him, 'But didn't you hear?'

"I insistently told him he should have had the courage to stop the game.

The referee's not just there to stand on the pitch and blow his whistle - he has to manage everything. He should also listen out for that kind of thing and set an example."

Pescara coach Zdenek Zeman insisted more must be done to tackle the problem of racist abuse. 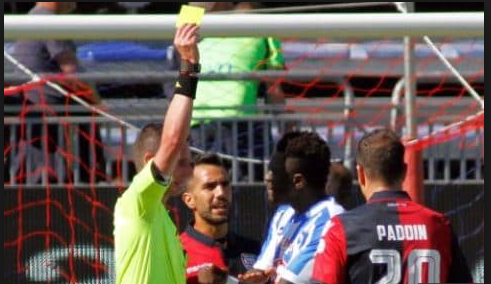 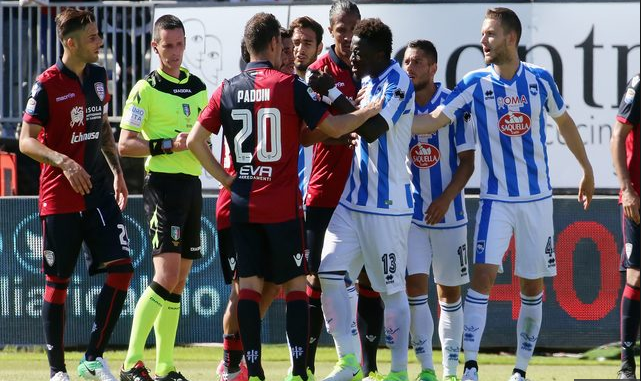 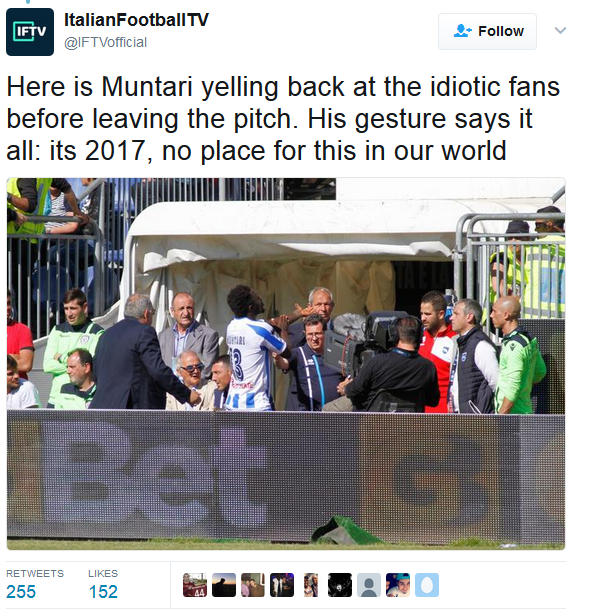