A fugitive British drugs baron was yesterday arrested after living the high life on a tropical Thai island. Jonathon Moorby, 46, fled the UK while awaiting trial in June 2014 after an enormous haul of cocaine was found at his home in Ingleby Barwick, Cleveland.

He was found guilty in his absence of possession with intent to supply cocaine and amphetamine and sentenced to 15 years. Prosecutors ordered him to repay £575,680 under the Proceeds of Crime Act.

But after fleeing to Ko Samui, Thailand, the twisted crime boss is alleged to have organised arson attacks on his estranged wife and money laundering.

Police finally caught up with him after a tip off that his son regularly travelled to see his dad - while drugs gang underlings sent him 59,000gbp.

Armed officers pounced on his luxury villa on the upmarket holiday island but Moorby had hired a speedboat and fled to remote Ko Mudsom.

Police tracked him down and the 'Mr Big' of the North East was pictured handcuffed surrounded by cops and Interpol officers yesterday.

The Thailand Narcotics Suppression Bureau said: "The Royal Thai Police coordinated with the British Embassy and Interpol to trace Jonathon Moorby for escaping an arrest warrant in England.

"He was traced to a property on Ko Samui. He was not there and the next day on Monday was arrested on Ko Mudsom, south of Ko Samui which is about 20 minutes away by speedboat."

Thai police charged Moorby with illegally entry to Thailand and using a fake passport and he will be deported to the UK in the coming days. 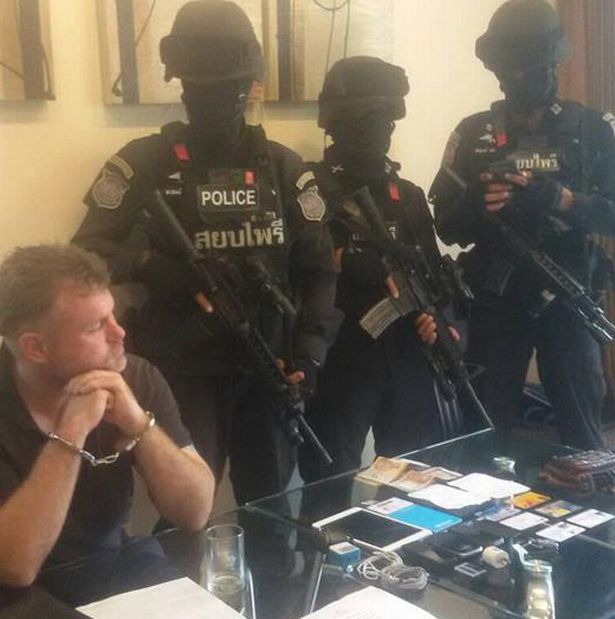 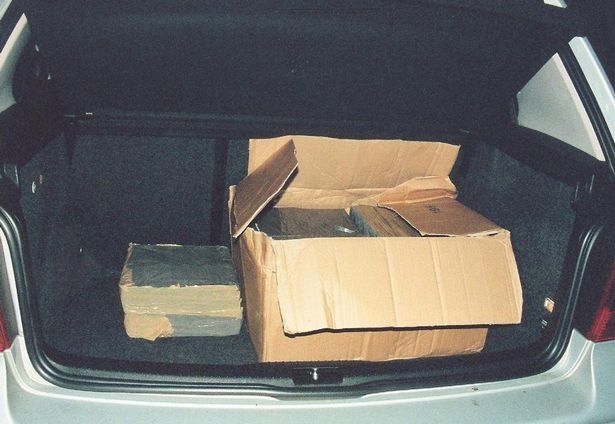 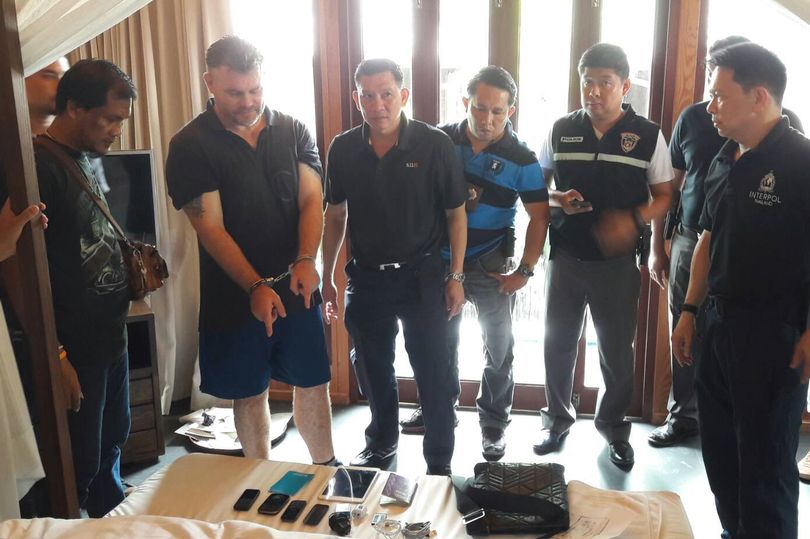 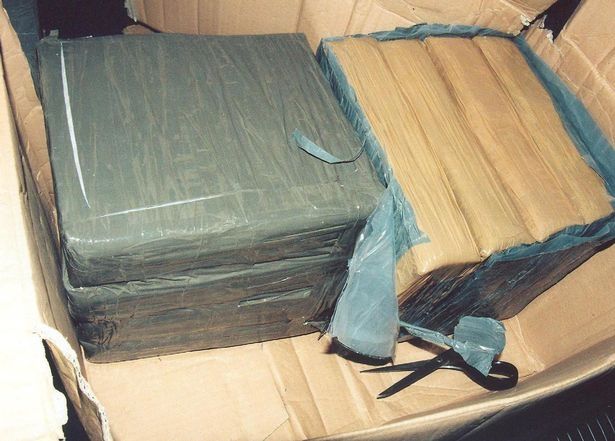