You know Rukus right? If you don’t know him then you were sleeping when he gave a lot of rappers something to think about with his nuclear bomb type diss track, The List.

Check out this new freestyle (no dissing) from him titled The Don. It’s a teaser off his latest mixtape offering entitled Lucy’s Volume One, which is a compilation of some of Rukus’ most prolific freestyles + 8 never-heard-before tracks.

“The Don” finds the talented Trybe Records rapper flexing his trademark lyricism and witty punchlines over the Heavy D produced instrumental. Expect tons of material from Rukus in 2014; more importantly expect Lucy’s Volume One in a few more days.

Check on it, and be sure to peep the track list. 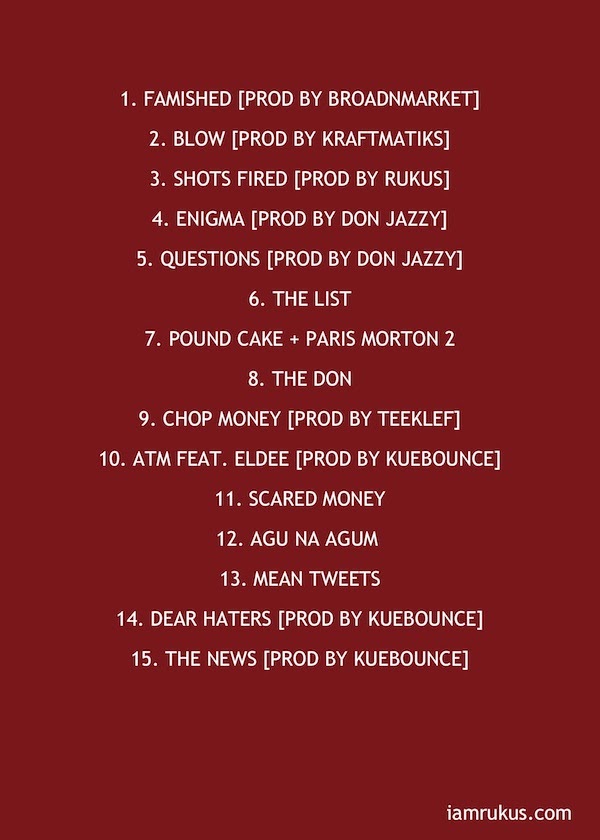