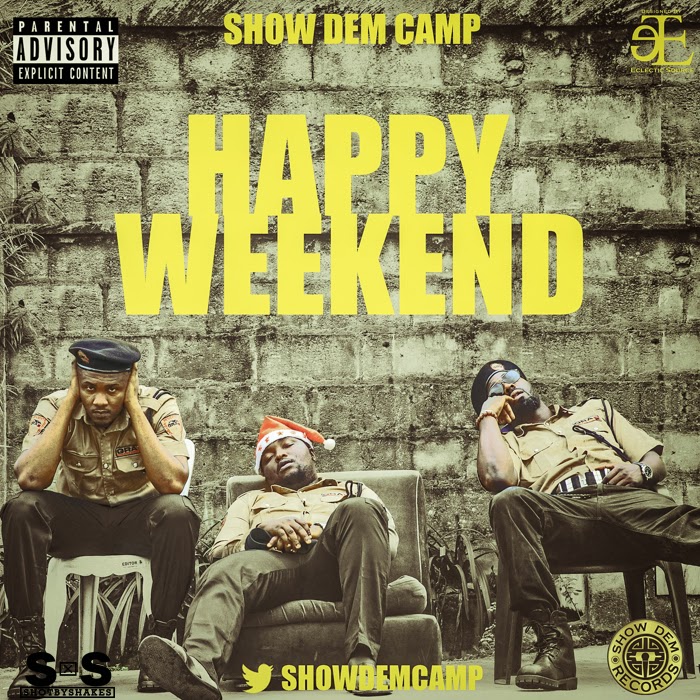 
Show Dem Camp happy weekend ft. kid konnect: Following a stellar 2013 and the success of their recent single ‘Feel Alright’. SDC are back with their first release of 2014 “Happy Weekend”.

Taken from a new upcoming collaborative project with prolific hip-hop producer Kid Konnect. The title “Happy Weekend” is borrowed from a popular phrase in Nigeria heralding the start of the weekend. Those already familiar with the phrase will recognize the hidden connotations behind it.

ShotbyShakes directs the hilarious video which depicts Africa’s foremost rap duo in a variety of different scenarios. With this song, SDC’s art is imitating a very recognizable aspect of the Nigerian way of life.

Be on the lookout for their official first single Ewele, which is coming soon.

File will be updated shortly

Search For Another File